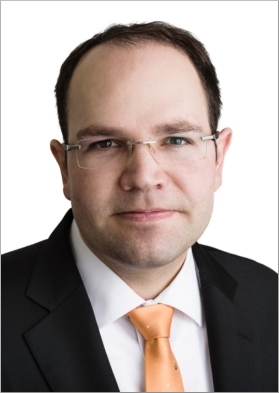 Elias Peterle first came to Korea in October 2007. The following year he took a position as assistant to management and project coordinator for a German-Korean joint venture. Elias soon developed a focused expertise in project management.

He was entrusted with the management of three special purpose companies and one branch office. In 2009 he was put in charge of the interim management and liquidation of another joint venture of the group in Korea and successfully completed the task. After that, he ventured into self-employment in 2010, eventually merging his business into a joint venture with a global German market leader in that industry. This was followed by the rapid establishment of a functioning sales organization for South Korea, Japan, the Philippines and Indonesia.

Since 2012 he has been representative director at Nowak & Partner. Elias is fully responsible for operational management of the company and has established a comprehensive range of services over the past several years covering market entry and support of existing operations in Korea. Elias is in charge of most client projects and his experience from a wide range of individual projects as well as from his interim management and statutory director position assignments provides businesses with valuable know-how.

In addition, Elias is a board member of the German School in Seoul, where he supervises construction- and security-related topics for the kindergarten and the school campus.

Elias Peterle is a Korea pragmatist whose professional experience includes the solving of everyday business challenges, the implementation of interim management for medium-sized enterprises and the successful completion of multi-million Euro projects.

We are looking forward to your inquiry and would be happy to provide you with confidential consultation without any obligation on your part.